“There is no secondary school in the UK who hasn’t faced incidents of children sharing nude images”.

This is not to say that all children are sharing personal intimate images but over many years this has remained our assertion as we are yet to encounter a secondary school who has not received reports of children and young people sharing intimate images.

Sharing nudes is not a new phenomenon. Our UK Safer Internet Centre Helpline has been supporting schools facing these issues ever since it was launched in 2011. Alongside Prof Andy Phippen and the NSPCC, we conducted research the same year concluding that “around 40%” of 14 – 16 year olds “saying they knew friends who carried out such a practice”. The research also concluded that “27% of respondents said that ‘sexting’ happens “regularly” or “all of the time”. The research also identified that those surveys were unwilling to turn to adults for help due to fear of being judged with “70% said that they would turn to their friends if they were affected by issues related to ‘sexting”.

In 2017, this time in partnership with the Australian eSafety Commissioner and NetSafe (New Zealand), we wanted to re-explore and compare the experiences and perceptions of children and young people. The research concluded that “The experience of young people across all three countries is similar in many key respects”. It found that “young people perceive that sending and sharing nude or semi-nude images or videos is a more common practice than it actually is”. In terms of numbers, “Only around 5% of Australian and NZ young people said that they had sent images of themselves in the last 12 months” (something reflected in our UK focus groups) yet around 90% of young people in Australia and NZ perceived that others their age engaged in these behaviours, with nearly half of them believing it happened frequently”.

This research identified a significant gender imbalance. “Across all three countries more girls received images without requesting them than boys. They were also asked more frequently for images of themselves; In Australia, girls are almost 3 times more likely to receive requests than boys (21% of girls vs. 8% of boys) and the most likely source of request to share an image is from a stranger.”

The gender imbalance was highlighted by eNACSO & EU Kids Online in 2016 in their Review of Existing Knowledge Regarding Children and Young People’s Developing Sexuality in Relation to New Media Environments. “‘Sexting’ can involve a lot of pressure and coercion for girls. That is, girls face much greater pressure to send ‘sexts’ and much harsher judgements when those images are shared beyond the intended recipient”.

How incidents of sharing nude or semi-nude images of children and young people should be reported was brought into focus in 2015, when Deputy Chief Constable Olivia Pinkney (NPCC Lead for Children and Young People) stated that if a “school wishes the police to know about any incident, then ‘the police’ are informed and, consequently, a crime must be recorded. No ifs or buts”. The consequences of this were in relation to future Disclosure and Barring Service (DBS) checks and the disclosure of such records as “DBS [disclosure considerations] is not consistently applied” and “this worries me for today’s young people”. It is worth noting that Police crime recording is not the same as a criminal record

To mitigate the risk of children and young people being negatively impacted, the police created ‘outcome 21’ so they can “record that they chose not to take further action as it was not in the public interest”.

Prompted by rising cases as well as the creation of outcome 21, accompanying guidance for managing incidents of sexting was first released by UKCIS in January 2017 with versions applicable to agencies based in Wales, England and Northern Ireland. Updated versions of this guidance were released in December 2020.

The Welsh Government guidance Sharing nudes and semi-nudes: Responding to incidents and safeguarding children and young people is for the designated safeguarding person (DSP), headteachers and senior leadership teams in schools, colleges and other education settings in Wales.

All other staff working in education settings in Wales should refer to Sharing nudes and semi-nudes: how to respond to an incident.

In 2012 we first published So You Got Naked Online; a resource that helps those in difficult and challenging circumstances. All the advice at the time was focused on prevention, leaving those who had shared images bereft of any support. This wasn’t true as there are things you can do to mitigate the situation, not least seeking support. The latest versions of this are available on Hwb.

The IWF, the UK charity responsible for finding and removing images and videos of child sexual abuse from the internet and our UK Safer Internet Centre partners, has seen a dramatic 77% increase in the amount of “self-generated” abuse material as more children and young people, spend longer online in 2020.

These numbers are clearly worrying and perhaps fuelled by Covid19 restrictions and the increased time people are spending online. It clearly demonstrates a need for heightened awareness, vigilance and most importantly support for children and young people.

This is why we continue to be confident in our assertion that there is no UK secondary school that has not faced these incidents. 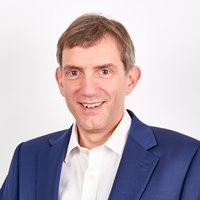 David is UK Safer Internet Centre Director at SWGfL; the national awareness centre and part of the European Insafe network.  David has worked extensively in online safety for many years with children, schools and wider agencies. David advises a number of Governments and school inspectorates on online safety strategy and policy, particularly with regards schools and curriculum.  David has recently been appointed as an expert adviser to the UN ITU.

David has presented at conferences nationally and internationally.  He is a member of UKCIS as well as the Twitter Trust and Safety Council.  David is a Fellow at the EP3 Foundation and member of IEEE standard for Child Data Governance.