I’d like to start by sharing some statistics with you from some research that undertook as part of Project deShame with 13-17 year olds. The research was done in Denmark, Hungary and the UK, but these numbers are from the UK results.

These are all forms of online sexual harassment, something that we have defined as ‘unwanted sexual conduct on any digital platform’ that is happening between young people. It can make a young person feel threatened, exploited, coerced, humiliated, upset, sexualised or discriminated against.

Young people have articulated to us the barriers they experience that prevent them coming forward and talking about or reporting this behaviour, whether that be to family, school, online service providers or the police. In the last month or so, thousands of testimonies have been shared by young people on the website Everyone’s Invited about sexual violence that they have experienced, and they include both online and offline behaviours. It is imperative that we  take notice of this issue that young people are experiencing either directly or indirectly, and recognise the challenges young people face in reaching out for support.

We launched some free resources for schools to help them tackle this very issue. I am delighted that the Welsh Government has worked with us to make these resources available bilingually for Welsh practitioners. The ‘Step Up Speak Up’ toolkit for schools contains lesson plans, quick activities, posters, a peer-led workshop, a guide for educators, guidance for school leadership, and more. It is tried and tested and you can see a write up of the evaluation of the pilot. The lessons support young people in recognising online sexual harassment. They support young people in responding to it, and in knowing how to report it. It tackles issues such as victim-blaming, and makes clear where the lines are between behaviour that is fun and flirting and that which is harassment and abuse.

We were joined on the launch, which took place online, by two young people, members of the Youth Advisory Board we have been working with as we have developed this work. One of them spoke very eloquently about being aware that online sexual harassment is a subject that people do not talk about, and this adds to the shame they would feel in coming forward to talk about it.

We need to be talking about this. The impact it can have on young people is considerable. The risk is that this behaviour becomes the expectation of what happens online, and that it just becomes normal. In such a situation then no one will report, and it will make it even harder for a young person to reach out for the support they need.

Building on the success of ‘Step Up, Speak Up’ and to address feedback from professionals, we have subsequently developed ‘Just a joke?’ to address this topic with a younger age group, in an age appropriate way. This includes resources to help engage parents and carers on this issue too. The intention is to work with the Welsh Government to make this toolkit available bilingually through Hwb for practitioners in Wales.

At Childnet, we form part of the UK Safer Internet Centre, and in this role we organise Safer Internet Day in the UK. The campaign gets bigger and bigger and this February’s campaign messages reached 51% of 8-17 year-olds as well as 38% of parents. We also hear back from schools that support the Day. In previous years, around 40% of those schools engaged in the Day say that it led to disclosures of potential online safeguarding issues. I like to see the logic at play here, whereby a school can show to the children that we can talk about this, and then the children feel more comfortable coming forward and talking to the school. This is the same logic we need to apply to the issue of online sexual harassment.

We need to work with young people in this area, and to make sure they know that we can support them. Our hope is that these resources can help to empower children and young people to step up and speak up. 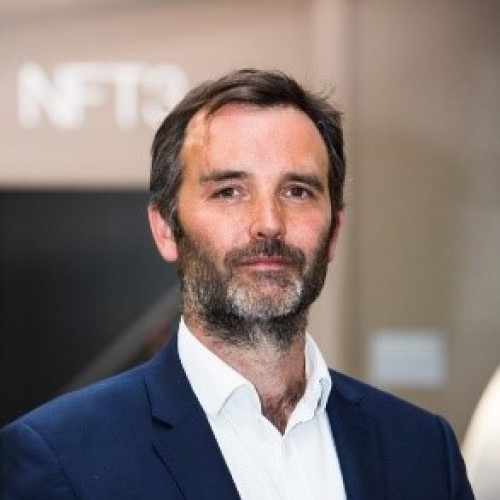 Will Gardner is the CEO of children’s charity Childnet International. Will joined Childnet in 2000 and was appointed CEO in 2009. He is a Director of the UK Safer Internet Centre (UKSIC), a partnership between Childnet, the Internet Watch Foundation and the SWGfL, and as part of the UKSIC organises Safer Internet Day in the UK. He is also an Executive Board member of the UK Council for Internet Safety and chairs the Early Warning Working Group of helplines, hotlines and law enforcement. Will also sits on Facebook’s Safety Advisory Board and Twitter’s Trust and Safety Council.

In his time at Childnet Will has led national and international projects, and has led the development of Childnet’s range of award-winning internet safety programmes and resources aimed at children, parents and carers, and teachers and schools.

Will was awarded an OBE in the 2018 Queen’s New Year’s Honour List for his work in the field of children’s online safety.