This summer, we at Get Safe Online took the unusual step of devoting three of our monthly campaigns to supporting parents  as we were very aware of the heavy impact of respective lockdowns and other restrictions on children and young people. The campaign that struck a chord more than the others was our ‘Gaming4Good’ campaign, targeted at parents and carers concerned about their child’s substantial increase – or first foray into - online gaming because of long periods of confinement in their home.

In May 2021 Get Safe Online commissioned a research study with YouGov, questioning 4,000 parents, the research revealed some telling statistics:

Nearly half of children in the UK (40%) are gaming online more than they were before the start of the pandemic. Nearly a third (29%) of parents’ greatest worry is that their children spend too much time sitting and not exercising. Only 3% were primarily worried about the ability for their children to spend money through online gaming. And a fifth of parents (20%) are now worried whether their children are talking to strangers when gaming online.

The first two figures don’t surprise me at all. On the second two, an OFCOM report suggests a higher number of parents are concerned about the pressure on their child to make in-game purchases. And regarding talking to strangers online, our YouGov poll also found 27% of parents are aware that their child had engaged with a stranger through online gaming, a figure rising to 38% in Wales.

There’s still a widely held view that online gaming is bad for children. The ancient Greeks had a simple expression which covered most things in life: “Nothing to excess”, which still holds true today, including gaming or, indeed, any online or offline activity, for adults as well as children and young people.

But what is ‘excess’ exactly?

How much time children and young people spend online is, as mentioned above, is a concern to many parents. That’s why it figures prominently in Get Safe Online’s parent advice (and indeed, from many other advisory organisations). As does stranger danger and the propensity to overspend (or spend at all) on properties, skins and jumping levels. Which leads me neatly to my next point…

In-game spending on the features mentioned above seems to have become a fact of life in online gaming, but if it that’s of concern to parents, the relationship with gambling should be even more so. For example, an increasing number of games entice players to take a chance on what they’ll receive in loot boxes … which allow players to pay, often with real money, for a chance to win a virtual item. Even if real money isn’t involved, this encourages risk-taking and gambling style behaviour which could become harmful to mental health, financial wellbeing and potentially, relationships.

Loot boxes are not legally considered to be gambling in the UK and are not regulated, apart from affecting games’ PEGI (age suitability) ratings.

At Get Safe Online it’s our policy to ‘share not scare’, but unlike gaming, which can become immersive, gambling can become addictive and doesn’t seem to have any concrete benefits, except to the gambling sites and apps and, increasingly, game developers as discussed above.

Online gaming has many positives too

The many, proven benefits of online gaming include the following:

All of these qualities are very useful for equipping our children and young people for life ahead of them. Not only this, but games frequently lead the way in technology, with innovations in functionality and features finding their way into not only other consumer products, but defence, communications and many other sectors. Gaming equips children and young people to understand and embrace this evolution and its benefits but also begins the journey to many successful careers.

Let’s talk to our kids

Whether we like it or not, online gaming is an established part of many of our children’s lives, so let’s celebrate its positive aspects, take an interest in it and work with them to make sure it’s safe and secure. To help, we’ve put together some tips to help parents do just that in our leaflet, Your child and online gaming: what you need to know.

Personally, I have the hand-eye coordination and manual dexterity of a sloth (no offence to sloths), so regrettably, gaming isn’t for me. 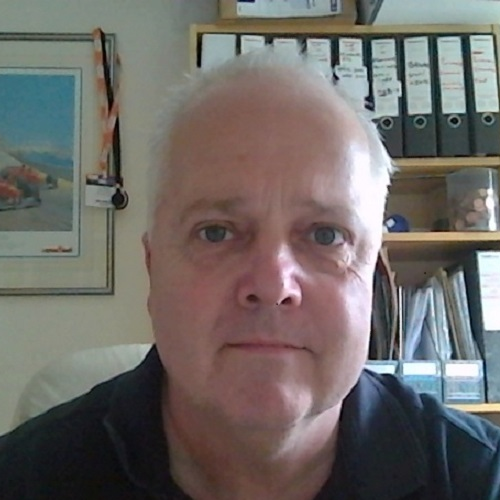 Tim has overall responsibility for the content on Get Safe Online’s websites around the world and the not-for-profit organisation’s other online and offline awareness material, as well as its UK social media activity. Also part of the communictions team, he works closely on planning and delivering its monthly awareness campaigns, including those produced for Defence to educate serving personnel, civilians and their families about developing good online habits in the interests of national security. Tim also represents Get Safe Online on several bodies specialising in fraud prevention including in the charity and automotive sectors. He attends a number of public-facing events every year co-hosted by Get Safe Online’s partner organisations in law enforcement, local government and defence, enjoying meeting members of the public and hearing first-hand about their online experiences.